My first Newsletter is now available for download here in PDF!

All of my newsletters will always be available via the drop-down menu, below “Connect with Alex.”

You may also wish to see my first photo album.

Thank you for following my blog!

This note applies to those who have put their email address in the white box on the right-hand side of my website; not to be confused with those who have opted to receive my monthly newsletter, which is on a separate system.

Recent investigation has revealed that this is a highly-automated feature over which I have very little control. From this point I will be publishing new blog entries in two languages, and, most unfortunately, you will get a notification for both. Additionally, it is possible that you may on rare occasion receive a notification if I reorganize some old content on my site.

At a later point I hope to be able to find and integrate a better solution, but at the present you have some options available to you:

You can find links to my social media pages here.

Thank you for your understanding on this matter! 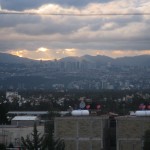 The following entries contain pictures and stories from the road trip I took between October and December of 2012. This trip took me to see friends and family between Seattle, Minneapolis, and Sacramento.

I am FULLY FUNDED for his four months in Mexico City! To everyone who has helped me with
up-front support and continuing pledges, I can not thank you enough!

What does English sound like to foreigners? Or rather, what did English slang sound like  to an Italian pop singer in 1972? This video upload contains both the classroom introduction (with the subtitles below!) and the full music video released later.

[See video description for all credits.]

This song by Adriano Celentano entitled “Prisencolinensinainciusol” was originally released in 1972 by The Harry Fox Agency, Inc.

…Even without meaning to say any real words, a YouTube user managed to find English sentences throughout the whole song! (See it at http://youtu.be/S00Br2SSrY8 if you like.)

It’s quite easy to take saying words to someone for granted.  Mary Mitchell, a consultant in professional interpersonal communications, shares that when talking face-to-face our words constitute only EIGHT percent of what the person hears. The rest is in our tone of voice (37%) and our body language (a whopping 55%). This is evidenced by this Cingular commercial:

My boss pulled this routine on me personally when I swung by to ask a casual question. In answering, I thought he was furious with me, based on his tone and body language! But then laughing at my startled response, he asked, “Did you hear what I SAID?”

The realm of written communication adds new layers of challenges. I was studying in Costa Rica when the big 9.0 Japanese earthquake and tsunami hit. Everyone in my costal city was alarmed, and some were heading for the hills! They thought that a tidal wave could come later in the day as a result of the earthquake. The news stations also said it was a possibility and advised us to stay posted. After I finished my test in class, I got online to see if I should also head for the hills, or simply study for my next test. All of the local sources said that the biggest possible wave in Costa Rica would be just three feet- nothing to worry about. I thought of my family and friends back home, who may have been concerned about me. I went to Facebook to update my status. I could have said, “Hey everyone! Don’t worry about me in Costa Rica, as there’s not going to be a tsunami here from the Japanese earthquake.”

But, as a fan of brevity and elegance, I merely said “I’m not too concerned about the tsunami.”

Oops. Without any context, many thought that I wasn’t concerned about the tsunami in JAPAN that would leave over 25,000 people dead, injured, or missing.

Needless to say I posted a clarifying apology.

The point is, we must be proactive and intentional with our communication. I have watched a family that is close to me go through two divorces. As far as I can see, the lack of communication was the number one cause.  Most everyone assumed that the others knew their feelings and never actually said anything about them! Tensions boiled up inside, and for some they resulted in passive-aggressive behavior, verbal explosions, or withdrawal from family life. What a hard lesson on the importance of communication! Had there been communication without fear and resentment, and with the goal of building up understanding for a happier tomorrow, most of the pain would have been avoided.

I still make mistakes, but I always work to listen to myself through other people’s ears. I ask myself, what are the contexts of what I am about to say, and what would people understand of my message, without those contexts? As another example something else I’m working on is being more intentional with my body language. Did you know that sitting back with your palms facing up helps others to be receptive to what you have to say? There are whole degrees in communication, and for good reason!

Do you have any ideas on how to work towards “a happier tomorrow” with better, more intentional communication? I invite your participation.

My 6000-mile road trip started out with a mid-week stop at Whidbey Island in Washington back in October. Due to necessary preparations, I arrived later than desired and additionally spend a chunk of time with additional preparations.

This weekend I am making up for lost time! Here in the towns of Clinton and Freetown I’m having a blast with my splendid second cousins, first cousins once removed, and other relatives! I saw Lincoln and Hugo, shared some wonderful meals, and am looking forward to a church service in the morning.

Here are some shots I have taken this weekend. A 1950s-era Dodge Coronet (Property of Jack Frost), holly, sea shells, what I’ll call a “bus stop” and the beach!

The more I get to know my family the more blessed I feel to have them in my life. Thanks for a great weekend!